Yares Art is proud to present Martin Cary Horowitz: Circles, on view from July 13–September 16, 2017. This will be his debut show with Yares Art, and his first solo exhibition in New York City. Based in New Mexico, Horowitz has maintained a thriving, decades-long career in the Southwest as both an artist as well as a master gilder for some of the country’s most influential art institutions.

Comprised of six of Horowitz’s trademark bronze disks, this exhibition highlights the artist’s masterful skill in traditional gilding techniques, a skill that he has been honing since his first gilded work in 1970. Despite certain process-bound constraints inherent in his choice of medium, Horowitz has continually pushed the boundaries of his materials: his palette has seen an eclectic variety of differing kinds of karat leaf, and his surfaces are ever-changing in regard to sculptural form and material.

Evocative of ancient Bronze Age shields, the work of Horowitz corresponds to a long artistic tradition of sumptuousness via precious metal leafing (iconic, gold-background Byzantine imagery is also called to mind). However, it is where his work diverges from these ancient traditions that make them decidedly modern, namely in their elicitation of movement. As the eminent art critic Jan Ernst Adlmann describes these works,“[The] marvelous ‘flying saucers’ are especially striking. They appear to be in full flight—‘revolving’ faster than eye or ear can see or hear, sometimes seeming to nudge the wall like dirigibles momentarily anchored in thin air.”

Attracted to the “simple elegance of the minimalist form,” Horowitz has been compared to innovators such as Constantin Brancusi, Larry Bell, and Donald Judd. With similar attention paid to space and medium, the bronze, shield-like works presented in this exhibition create a singular optical experience. While the material, specifically the gilding, is both opulent and luxurious, the circular forms are modest and seemingly unassuming. Combined, the viewer is faced with Horowitz’s own version of sublimity: an object that simultaneously evokes impressions of weight and mass, as well as lightness and grace. As Adlmann further describes the artist’s work, “With Horowitz, we have [the] celestial universe, but one completely untenanted by saints or humans. We are contemplating not mere gold, but the very Ether.”

Horowitz’s surfaces are highly light reflective, but they are not mirrored; when approaching one of these mesmerizing works, it appears more like corporeally manifested light than earthly object. Corollary to this optical experience is the artist’s own aesthetic trajectory, where he “envisions the physical levitation of [his] work in the future.”With their round and convex shape, and their penchant for reflecting light, the six works shown in this exhibition easily elude fixed interpretation, or even vision. 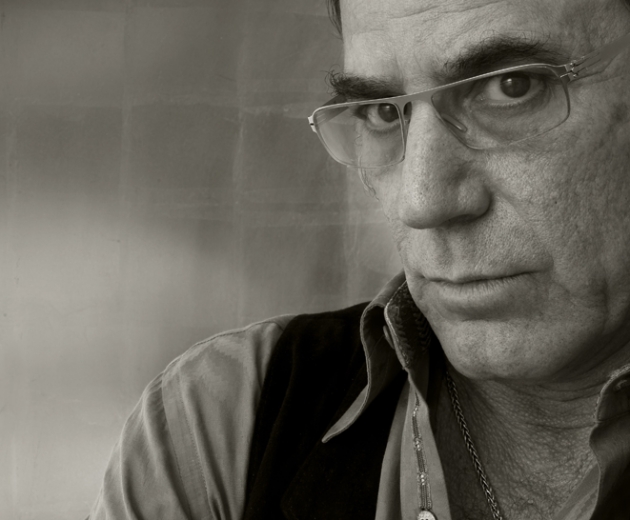 Martin Horowitz
Back To Top