YARES ART is pleased to present Milton Avery: Early Works on Paper and Late Paintings, on view in New York, February 24–April 30, 2018. Milton Avery (1885-1965) is a towering figure in twentieth-century art, whose reputation grows more illustrious with each passing year. He developed a unique visual vocabulary inspired in part by European modernism while wholly embracing the American vernacular. Over the years, his work has inspired generations of artists—abstract and figurative painters alike.

This extraordinary exhibition features some twenty large-scale oil paintings, including a number of Avery’s most acclaimed land- and seascape compositions that he produced late in his career. Complementing these remarkable paintings are about fifty rarely exhibited works on paper from the 1930s, which demonstrate the artist’s mastery of watercolor and gouache early in his career. The exhibition presents many well-known works from prominent private and public collections, as well as a number of pieces being shown in New York for the first time. Among the rarely exhibited gems on view is Hills and Sunset Sky (1964), a luminous masterwork that is the last major painting that Avery completed.

Celebrating fifty years of representing the artist’s estate,Yares Art is proud to present the gallery’s first Milton Avery exhibition at its recently established New York venue. Among the many highlights of the show are celebrated masterworks such as Dunes and Sea II (1960) from the collection of the Whitney Museum of American Art. Other large and stunning marine images here, such as Rolling Surf (1958), and Sails in Sunset Sea (1960) are widely regarded as among Avery’s best works.

The seascape motif was a favorite for Avery since early in his career. His beach scenes from the 1930s encompass a subtle social commentary in striking pieces such as Swimmers and Beach Scene; featuring crisp line and luminous color, these images depict working-class people enjoying leisure time at the seashore.

Avery never created completely abstract works, but his subtly nuanced landscapes and figurative compositions, especially his late paintings, often approach abstraction. He was a mentor to the Abstract Expressionists, including Adolph Gottlieb and Mark Rothko, and led the way to Color Field painting with the novel tonal play and quietly daring spatial relationships that are important attributes of Avery’s oeuvre.

During his lifetime he was renowned as an “artist’s artist,” as he incorporated the language of abstraction into a singular exploration of the figure, landscape, and still life. His work remains fresh, vibrant and more relevant than ever for contemporary art today. 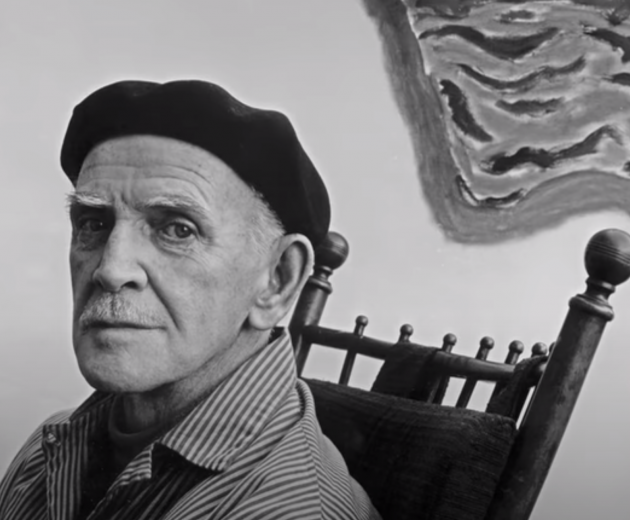 Milton Avery
Back To Top